Professor Kenny becomes the first female physician to take the prestigious seat, which has been held by 23 prior distinguished professors over the centuries including the famous John Stearne, William Stokes and Victor Synge. It was awarded first to Dr John Stearne (1662), best known as the founder of the Irish College of Physicians.

The seat dates from 1637 and was the fifth Regius professorship created after Aberdeen (1497), Cambridge (1540) Oxford (1546) and Edinburgh (1637). It is an honorary appointment in recognition of outstanding scholarship in teaching and research in medicine. Rose Anne already holds the Chair of Medical Gerontology (2006), is Fellow (2007) at Trinity College Dublin, Consultant physician at St. James’s Hospital, Dublin, and is well known as founding Principal Investigator of the Irish Longitudinal Study on Ageing (TILDA). 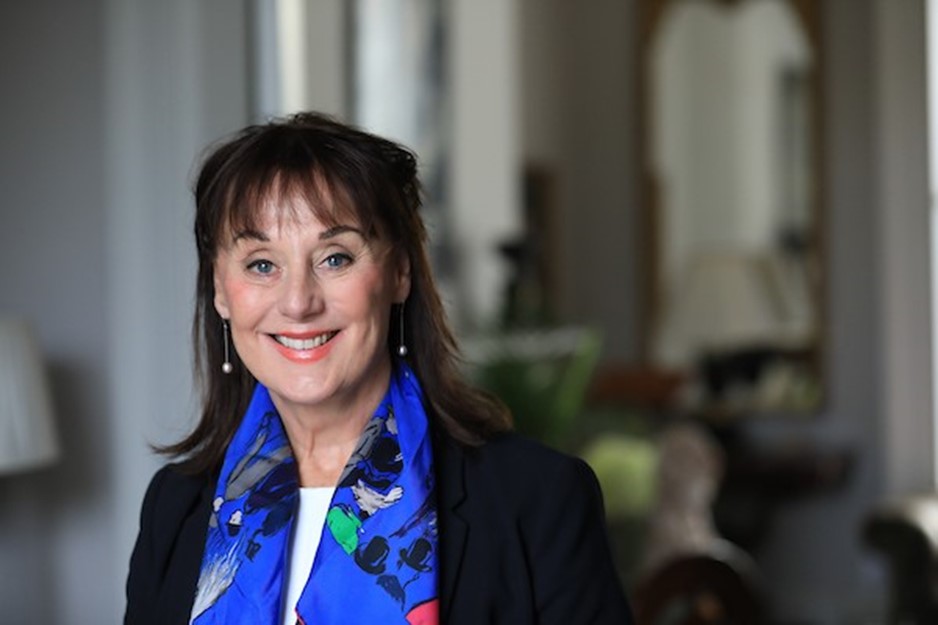 “One of the world’s great challenges for today’s researchers is to enable people to live healthier, happier, longer lives by creating solutions for ill health and disability. In Ireland we spend, on average, one fifth of our lives in ill health and disability. Trinity recognises this challenge and our unique academic strengths, across multiple disciplines, to provide a better understanding of the mechanisms which trigger adult diseases and thereby inform new treatments and policies.

“I am honoured to have been appointed to this position and will now work to further promote Ireland’s international standing in ageing research, to raise awareness of the exciting potential for our undergraduate students to make impacts in this field, and to contribute to making Ireland a better place in which to grow old.”

“The appointment of Rose Anne Kenny as Regius Professor of Physic in Trinity is an acknowledgement of the remarkable impact of her work in the field of medical gerontology and beyond. It recognises the outstanding contribution she has made to clinical research as well as to clinical practice.

“Rose Anne has already been awarded a string of academic honours in her glittering academic career, but the Regius Professorship of Physic is particularly distinguished. Rose Anne is the 24th person – and the first woman - to hold the Professorship, which is the oldest in Ireland, and I hope her success will inspire many other women to reach for the top.

“Rose Anne’s magnum opus has been The Irish Longitudinal Study on Ageing (TILDA), which is internationally recognised as a magnificent resource to better understand the reality – and the needs – of Ireland’s ageing population. Under Rose Anne’s leadership, TILDA’s impact has been spectacular and its ability to respond to the demands of the COVID-19 pandemic was hugely impressive.

“The popularity of Rose Anne’s recent bestselling book, “Age Proof”, also demonstrates her deep personal commitment to engaging the public in academic research. Its success is evidence of a huge public appetite to learn more about Rose Anne’s fascinating work.”

As founding Principal Investigator of TILDA, Rose Anne has been the key driver of Ireland’s flagship research project on ageing. The TILDA dataset represents an unparalleled resource for understanding the health, social and economic situation of Ireland’s ageing population. Now in its 13th year of data collection, TILDA is the largest and most successful, population based longitudinal study conducted in Ireland to date. Under Professor Kenny’s stewardship, and in response to the COVID-19 pandemic, TILDA’s research, management and administrative support teams repositioned their research to assist Government and health authorities in the wake of an unprecedented event.

Professor Kenny’s tireless promotion of clinical research is evidenced by the significant expansion of medical gerontology scholarship with excellent research outputs, a strengthening of national and international academic collaborations, and the nurturing, education, and career development of the present generation of young geriatricians and multidisciplinary academics.

Champion of the Ageing Research Theme in Trinity, Professor Kenny is also one of five leaders for Trinity’s ‘Inspiring Generations’ campaign and as Director of Mercer’s Institute for Successful Ageing (MISA), she oversees a unique state-of-the-art clinical research institute for integrated clinical services, and a hub for world-leading research in ageing at St. James’s Hospital Dublin.